Arts, sports, business, theatre – women have consistently excelled in all these fields and several more. Today, we’re shining the spotlight on Goan women who’ve left their mark through their careers and made society sit up and take notice.

Jyoti Jahnavi Rai, a Goan business tycoon, is now a name to be reckoned with for her undying entrepreneurial spirit. With a string of successful ventures behind her, Jyoti has firmly proved her mettle, be it through Amanya Spa and Salon (which focused on bio-cosmetic treatments) or through Rich Earth Organics, a Goa-based spa management & consultancy firm which soon became a supplier to India’s top hotel chains. Her company Fashion Labels is an exercise in bespoke gifting done right, offering patrons an assortment of customisable gift options. A big believer in giving back to the society, Jyoti has been working with Yes to Life, an organisation that empowers people with cancer to make informed decisions about their care options. Through this initiative, Fashion Labels gives handmade jewellery, knick knacks and scarves to cancer patients.

A self-proclaimed melting pot of cultures, Isabelle brings the best of Spanish, Italian, French, English and several other nationalities to the table: from China to Morocco and everything in between, all countries she has lived in! A business school and EMBA graduate, she worked in corporate for over a decade until she found herself in Goa nearly 14 years ago and was too charmed to leave. Combining her acumen for both business and fashion, she brought a streak of European chic to the state through her designer store Bebel Boutique, a quaint little boutique in Calangute chock full of the trendiest accessories, and the interior design consultancy firm Bebel LifeStyle, and has added her own flair to the interiors of Thaal and Boca Loca. Between the hustle, she also finds the time to volunteer at local animal shelters!

As a businesswoman, chef, interior designer, model and epicurean, Yellow is a woman of many talents. Passionate about the hospitality industry, at age 19, Yellow started her restaurant Fiesta, the first Italian restaurant in Goa and the first in India to have a wood-fired pizza oven. Under the tutelage of one of the best chefs in Germany, Alfos Schubeck, she developed Fiesta into one of the best restaurants in the country, and it is now a thriving boutique beach resort in Baga. Yellow’s creativity expands to interior design as well, having designed the interiors for Hotel Clematis in Candolim, Club Fresh in Morjim, Coco do Mar in Candolim and Fiesta The Resort in Baga. Add her several modelling assignments to the mix and you have Yellow, a powerhouse of talent! Through her YouTube show Hello Yellow, she has devoted herself to bringing a side of Goa that is often lost amidst the parties. With her son Kai as her trusty sidekick, she’ll take you on a trip of Goa’s best kept culinary secret, some of which come straight from her kitchen!

At just 22 years, Malaika is one of the youngest women on our list. A National Geographic Explorer, adventure sports athlete, wildlife presenter and filmmaker, her accomplishments belie her age. Not only is she the youngest person to have been on an expedition to both the Antarctica and Arctic at the age of 16, but she was also the only international filmmaker to be awarded the National Geographic ROAR Talent bursary for Wildscreen Festival in 2016. As a presenter for Discovery Channel and Animal Planet, she has explored the many endangered species across India together with the stories of researchers and scientists involved in protecting them. Amidst all of this, she runs her own NGO Kriya and works to empower women; victims of sexual violence and disadvantaged teenage girls through adventure sport and outdoor education.

Keen to draw attention to the less appreciated aspects of Goa, Maria Victor founded Make it Happen, a travel agency offering tourists a chance to explore less-seen facets of the coastal state. Make It Happen is the child of Maria’s passion for travel and exploration, and her desire to offer great experiences to other travellers. What makes her agency truly stand out is that she does not hire professional tour guides; instead, she employs locals who are passionate about sharing their heritage and culture, to give tourists a truly unique perspective of Goa, as seen through the eyes of locals.

A 20-year-old chess prodigy, Ivana already has several feathers in her cap. Ivana displayed a talent for the game at the tender age of five and is now a two-time winner at the Under-8 World Youth Chess Championship! More victories soon followed as she won second place in the 2009 Under-10. Her magnum opus was the gold she won at the Under 12 category at the Commonwealth Chess Championship 2009, soon followed by her becoming a Woman International Master in June 2012. Given all that she has achieved in such a short period, it goes without saying that she’ll be making Goa proud for many more years to come!

The “Nightingale of Goa” hardly needs any introduction! Lending her voice and an inimitable flair to musician Chris Perry’s compositions, Lorna’s vocals have won over just about every Goan heart and will forever be a part of Goa’s music. Having sung from the age of 15, Lorna has delivered unrivalled hits such as ‘Pisso’, ‘Bebdo’ and ‘Red Rose’. Having sung across genres and countries, few musicians in Goa today can command the devoutly loyal following that Lorna has.

“Maybe theatre caught us, a crazy bunch of amateurs by the scruff of our necks and yelled ‘Go!’” said Isabel Santa Rita Vas, when asked how the Mustard Seed Art Company, a theatre group in Goa, began. Professor, scriptwriter, actor and a social worker, Vas has written numerous plays, several of which have dealt with social issues and have touched numerous lives. With over 65 theatre productions under the banner of The Mustard Seed Art Company, Vas has firmly established herself as a forerunner in Goa’s theatre scene. Her NGO Positive People has reached out to just as many people as her work in theatre and aims to spread awareness on HIV/AIDS and provides support to its victims.

Graduating top of her class at Dadar Catering College, and soon topping her batch at the Oberoi School postgraduate course in food technology, Sumera flair for the culinary arts was always evident. After working for Oberoi hotel and Royal Caribbean Cruises, she moved to Goa and started Amavi, a gourmand’s paradise on par with the Michelin-star establishments of the world. ‘Amavi’ which means ‘I loved’ consistently ranks at the top of Trip Advisor’s list of the best restaurants in Goa. Her passion and vision are to make a world-class restaurant which consistently delivers on all aspects of quality dining of Michelin standards in a beautiful surrounding and she’s certainly on the right path, bagging a huge win by being declared ‘Chef of the Year’ at the Times Food Awards 2020!

In 2016, Fay was a buzzing marketer. Today, she’s doing just as well behind the bar counter. Three long years and a career change later, @MrBartenderFay as she is known on Instagram is a well known mixologist not just in Goa, but across several cities. Hopping through bars across cities every week where she does bar takeovers, Fay also bar hops across music festivals like Magnetic Fields and Supersonic where she has her bar popups. She swears by an Asian style bartending trend, which incorporates pop culture references and the traditions that complement them. Constantly on the move skipping from one place to the next, Fay wouldn’t have it any other way! 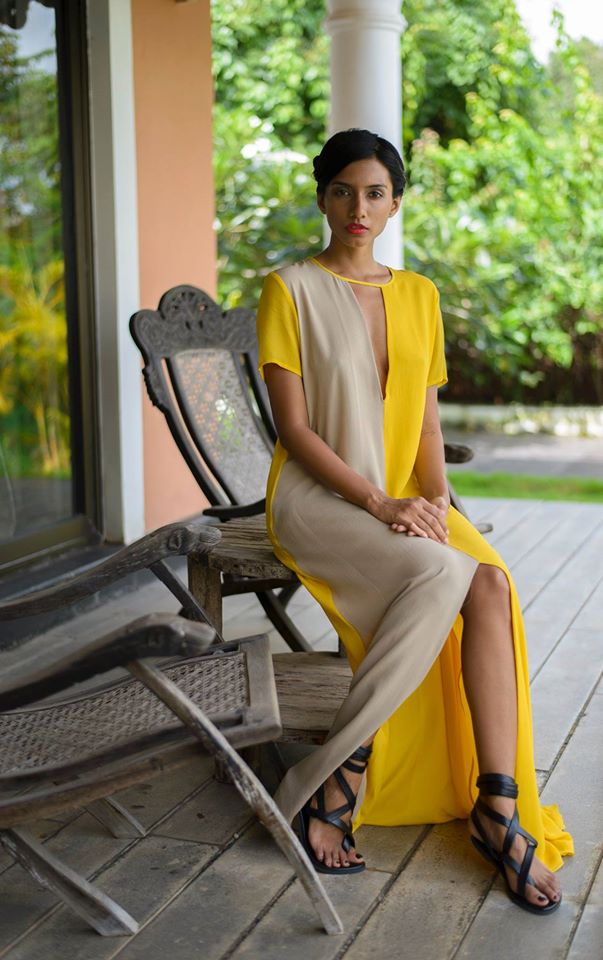 Striking colours, flowing elegant garments, and minimalistic designs- fashion designer Stephany D’Souza is very clear about what her style is. Fashion has been part of her life from her school days, a passion that soon turned into a career. Her dream became a reality when she launched her own label, and you can buy her handcrafted creations at Bebel in Calangute and Republic of Mode in Candolim. Swearing by elegance and comfort, Stephany’s commitment to these ideals are evident in every piece of clothing that she designs. 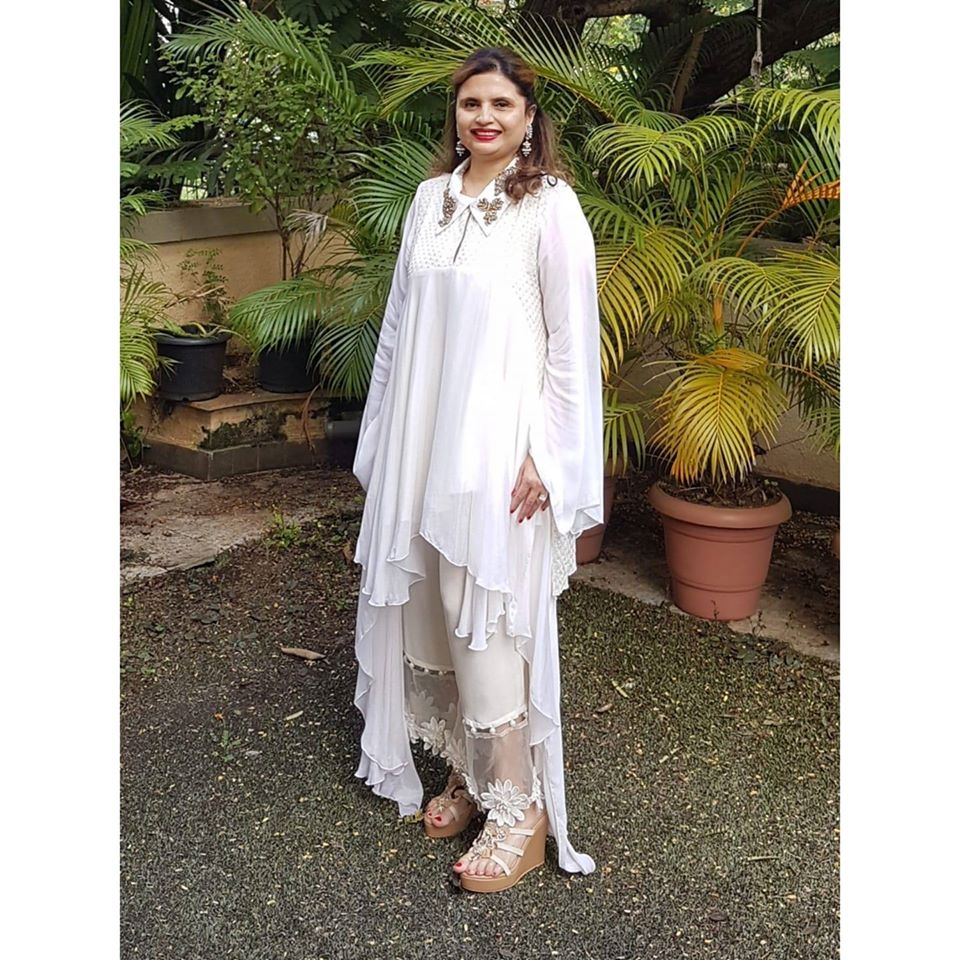 Vaishali genuinely believes that you can only excel at the work that your heart loves doing and this was how The V Factor came about. For Vaishali, The V Factor, is no less than a passion, almost an obsession, she says! She’s engaged with it for almost all of her waking hours. A Brand Activation Services company, she founded once her children had grown up, it has quickly gone on to become Goa’s premier boutique PR, marketing consultancy and branding advisory firm. Having spearheaded projects across F&B, fashion, jewellery, art and theatre, The V Factor has consistently delivered value to its clients by combining local expertise with a global outlook. With a vast and diverse network spread across Goa, The V Factor, through its high standard of operation and tremendous attention to detail, has successfully become the go-to choice for companies/individuals wishing to showcase their product/experience to the Goan market.